I met Skylar and Stephen separately before they were a couple, an both directly and indirectly through the LA Derby Dolls. Skylar was an referee and we were also in a Derby Dolls book club together. Stephen was a roller derby fan, and best friends with another league photographer Tim, and I second shot with Tim for Stephen’s sister Nicole’s wedding several years ago. It’s ok if you can’t follow all of that, but it does seem like fate that after all of us knowing each other for many years, I’ll be photographing their wedding this summer and I know it’s going to be awesome! We did their engagement photos outside at UCLA, which was the site of their first date, starting with some picnic blanket snuggles, being warmed up by the golden hour light that covered the plaza, and then ending with silly nose licks just as the light was fading and the moon came up.

Congrats, Skylar & Stephen and I can’t wait for your wedding! See the whole set and order prints here! 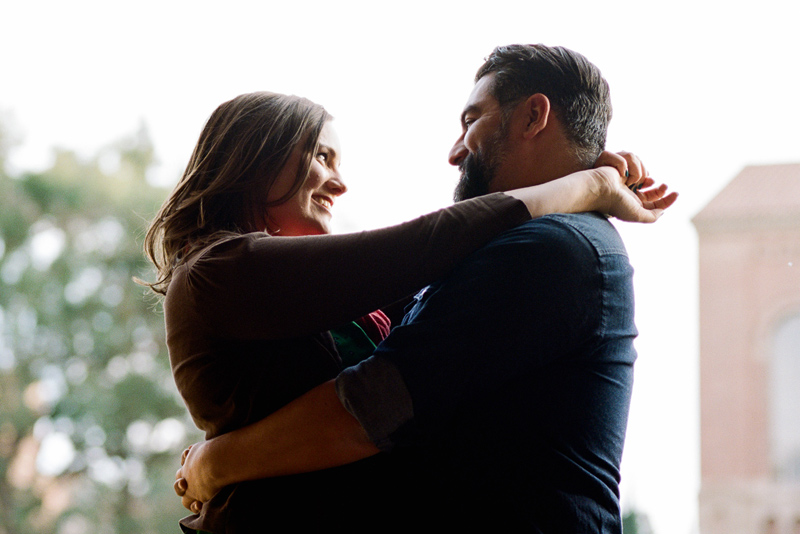 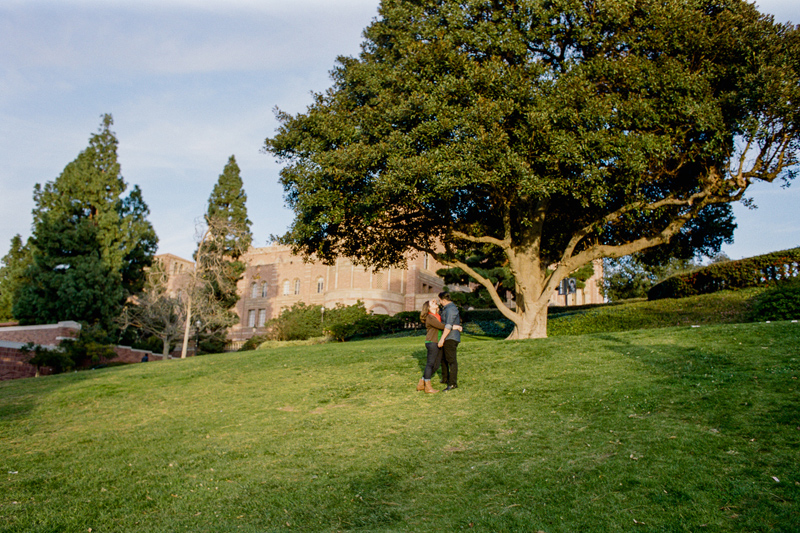 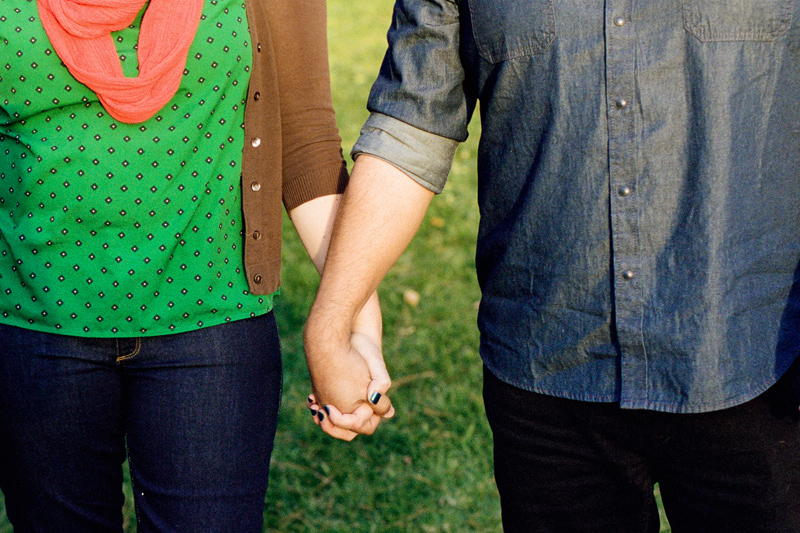 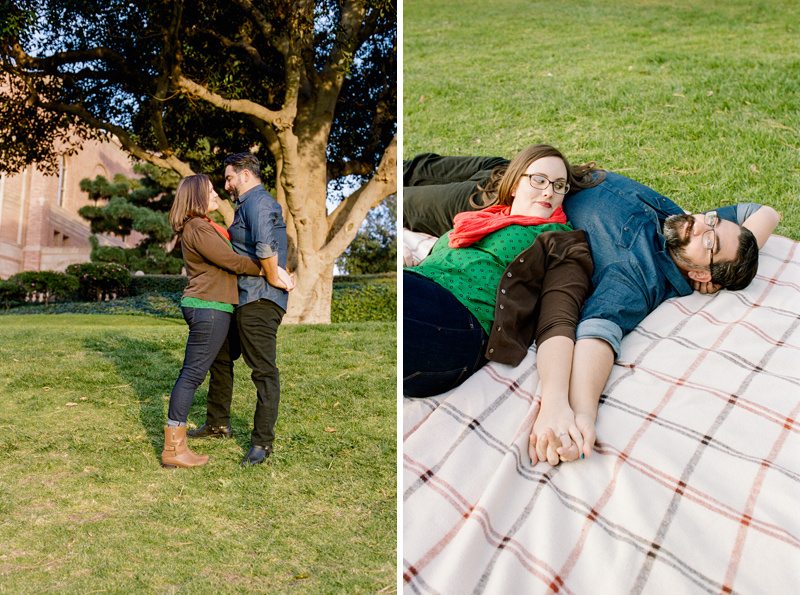 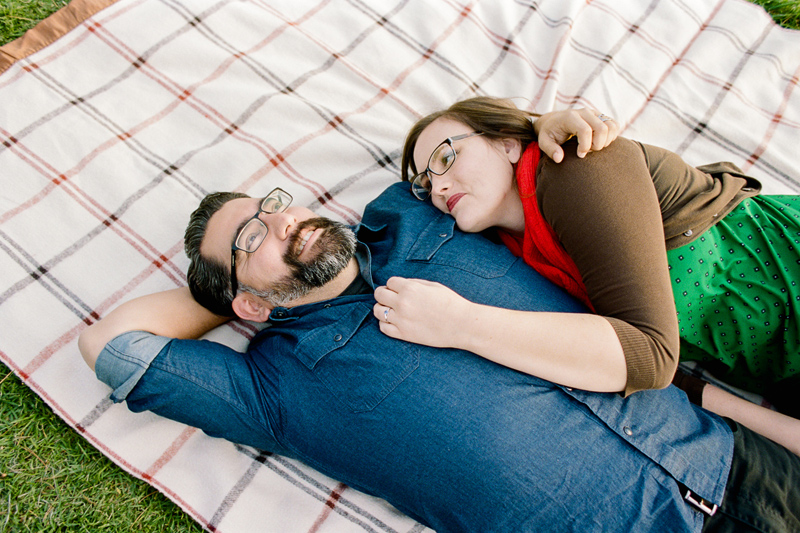 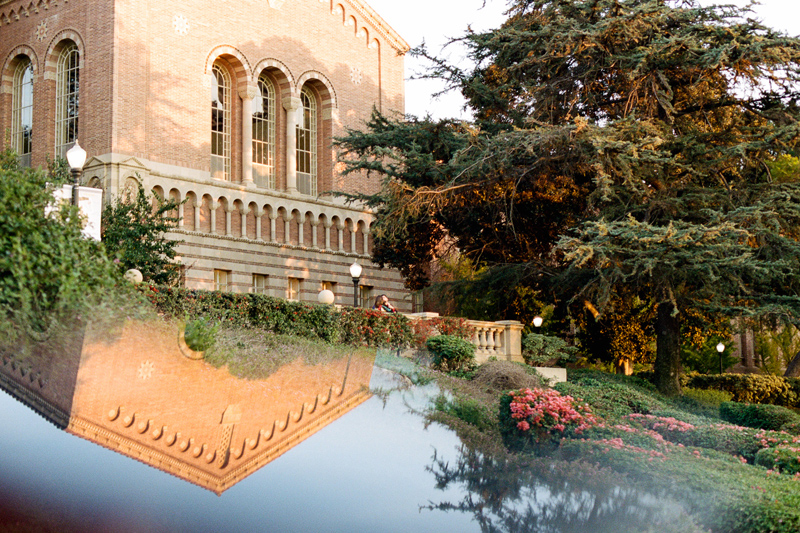 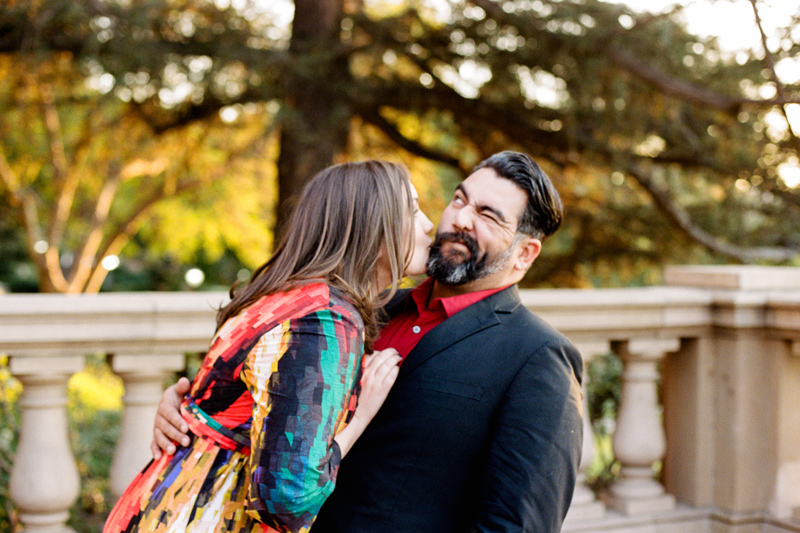 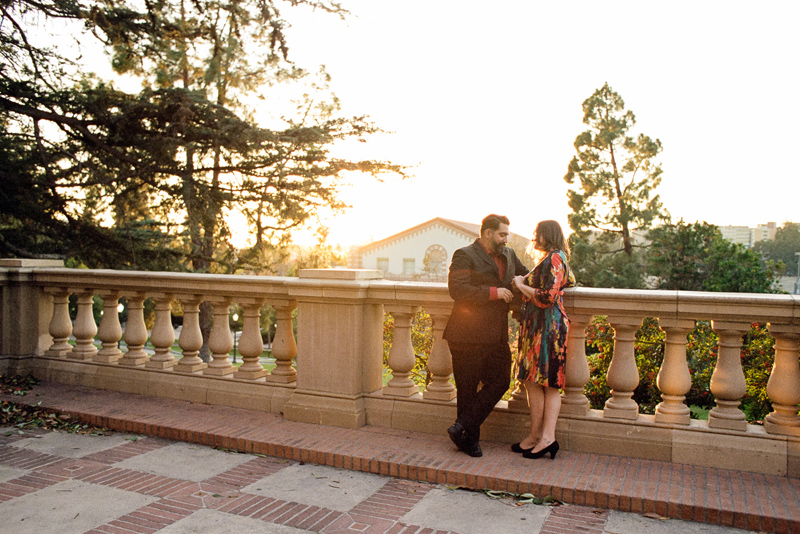 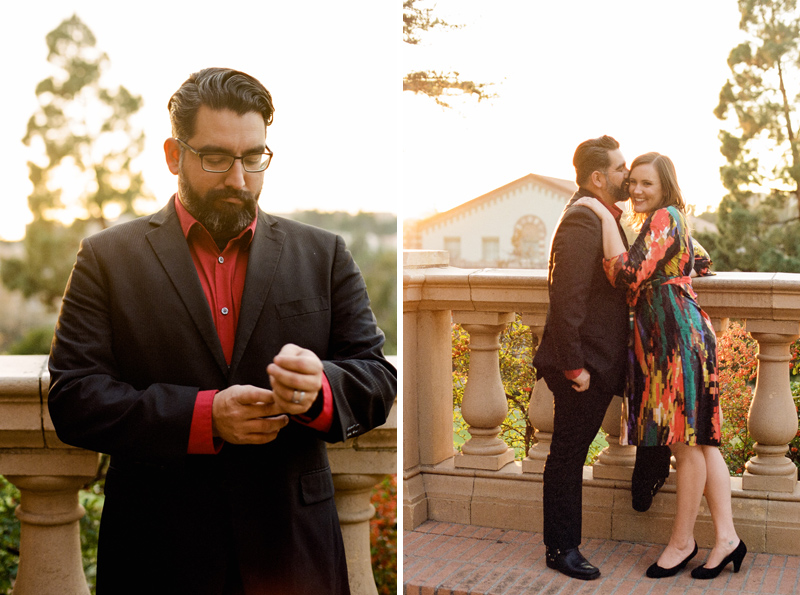 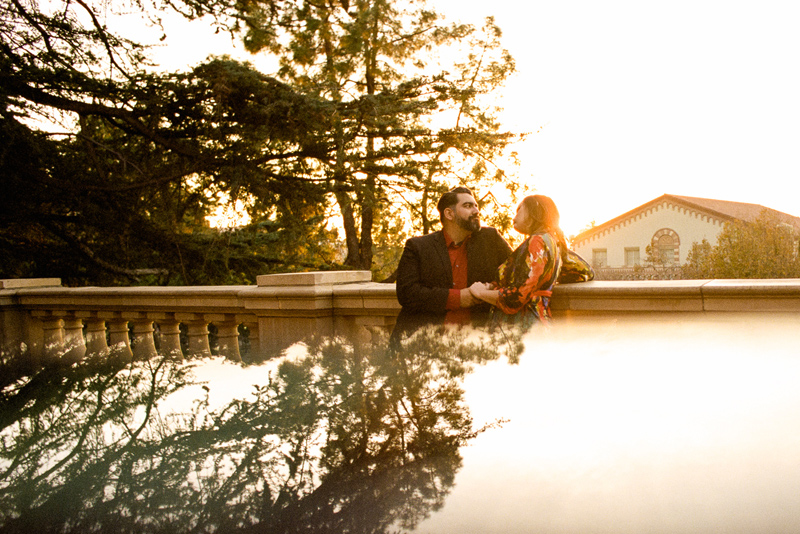 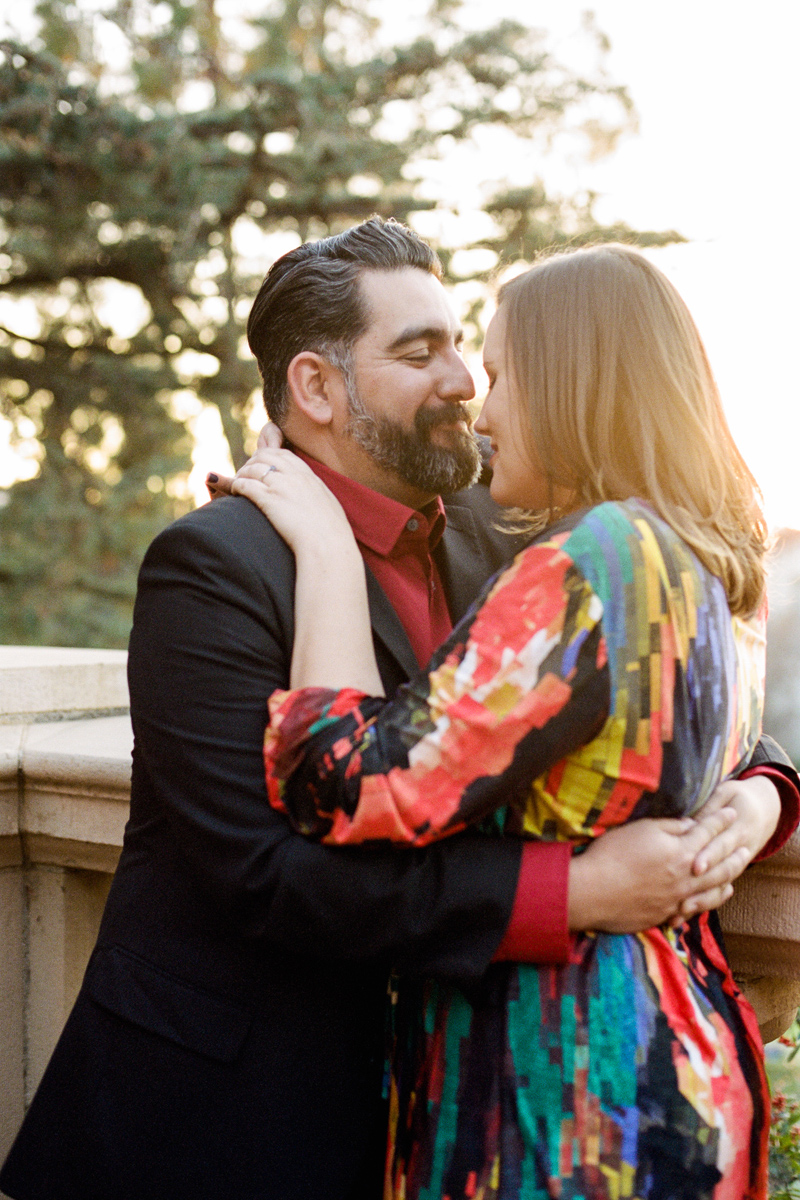 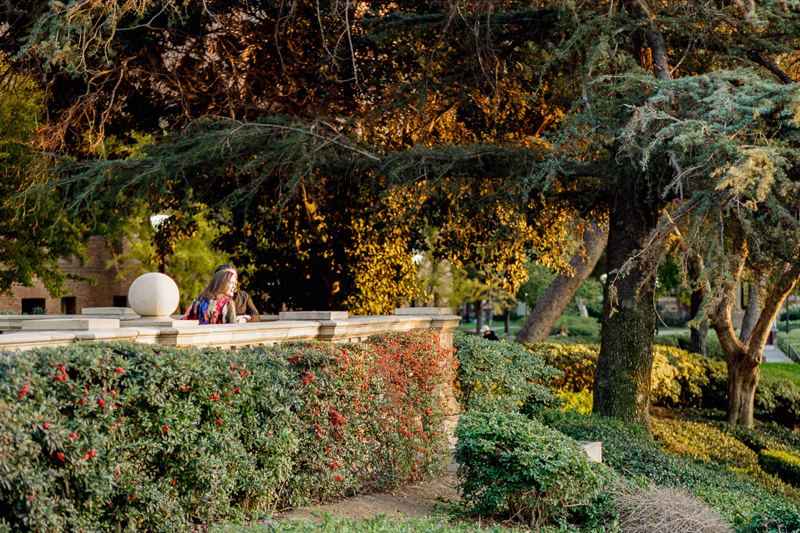 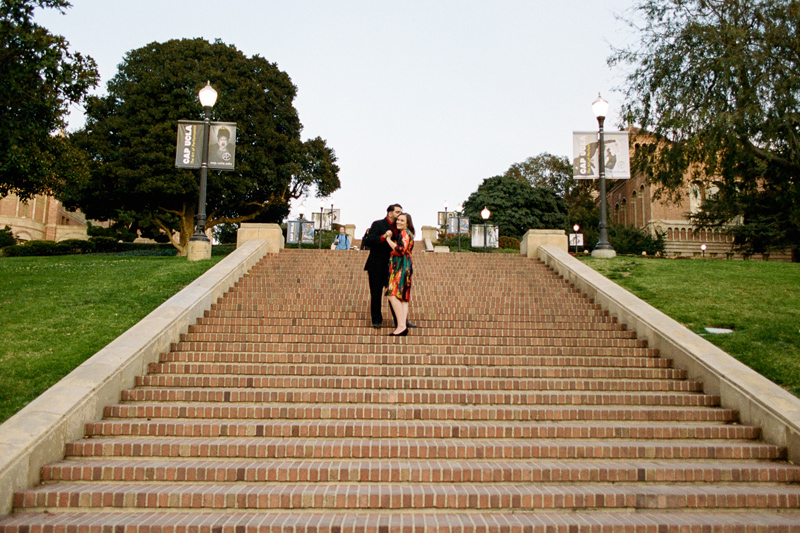 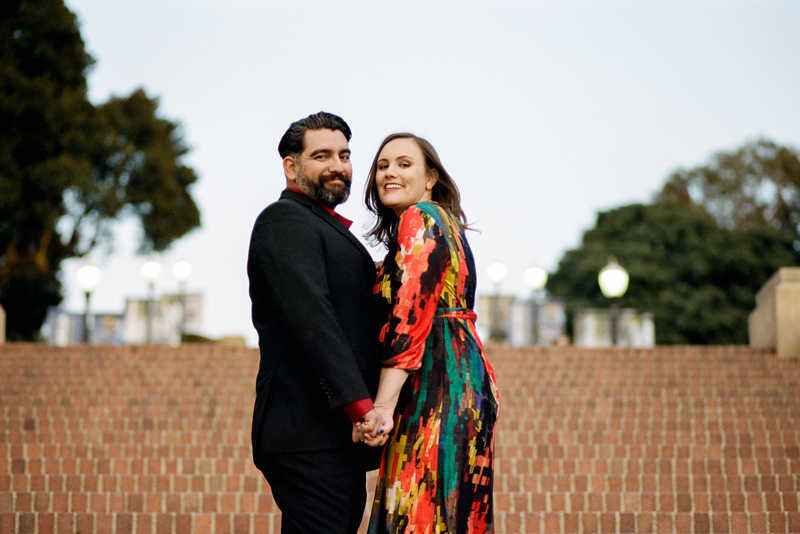 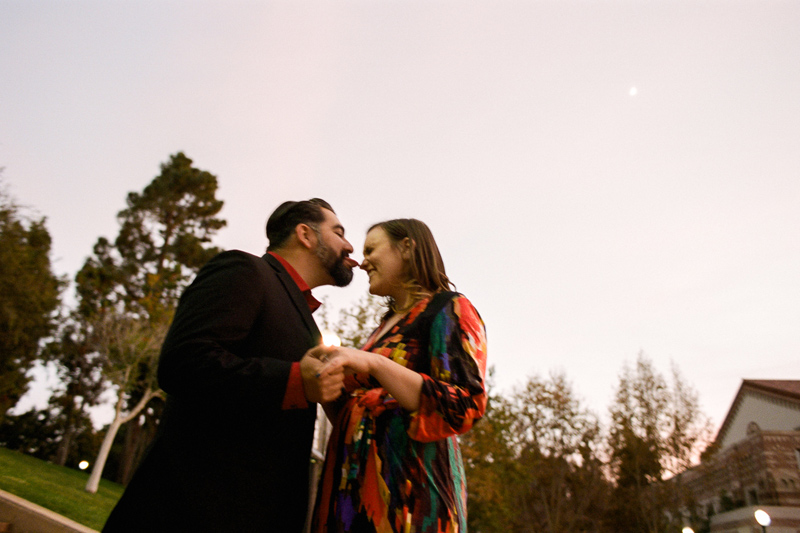 All images in this post shot on Kodak Portra 400 35mm film with a Canon EOS3! Developed and scanned by the FIND Lab.