Jesse is one of the first people I met in LA. I hadn’t even moved here from Florida yet, but came out for an editing internship with American Cinema Editors in 2004. Jesse was one of the other interns selected that year, so we spent a lot of time together and a few weeks later I met his wonderful girlfriend Marika. Since then, we’ve all stayed in touch, whether it’s working together or meeting up to watch Roller Derby. At a career-coaching workshop Marika hosted in January, I found out that she and Jesse were engaged. They’re getting married on the east coast this fall, but I thought it would be fun to take some engagement photos in LA, and the Griffith Observatory is a pretty iconic place to do that.

Just in time for sunset, we headed over to Barnsdall Art Park to get a few more shots. The lighting was really pretty there, and I love how you can see the Observatory in the background of some of them. Not only are Jesse and Marika an adorable and great couple, but they were also perfect subjects – lots of fun and willing to try anything. Congratulations, you two! 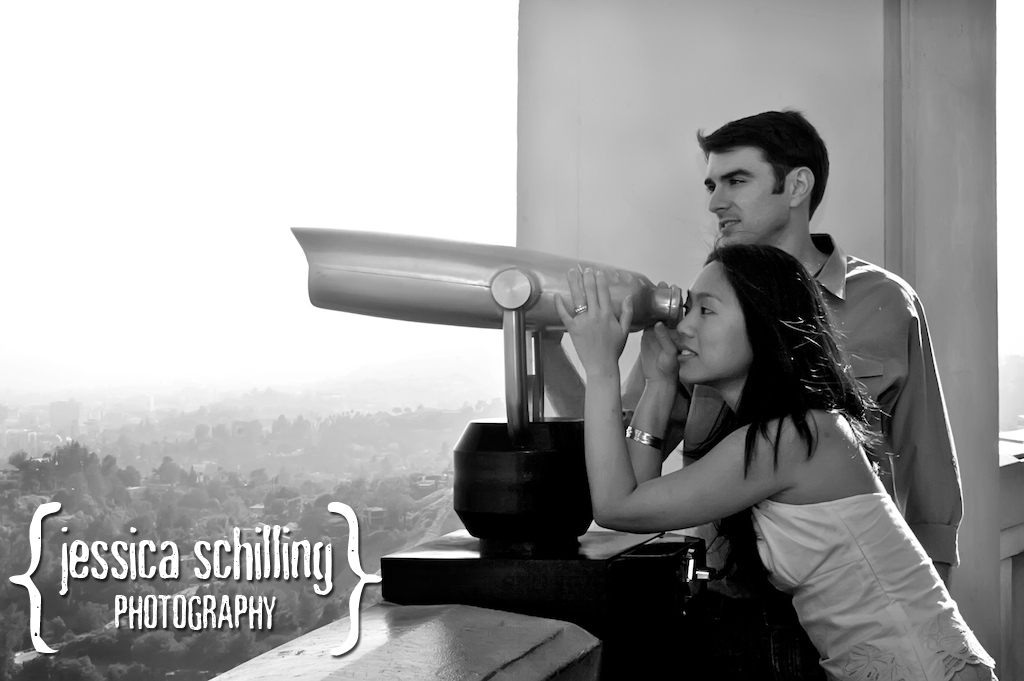 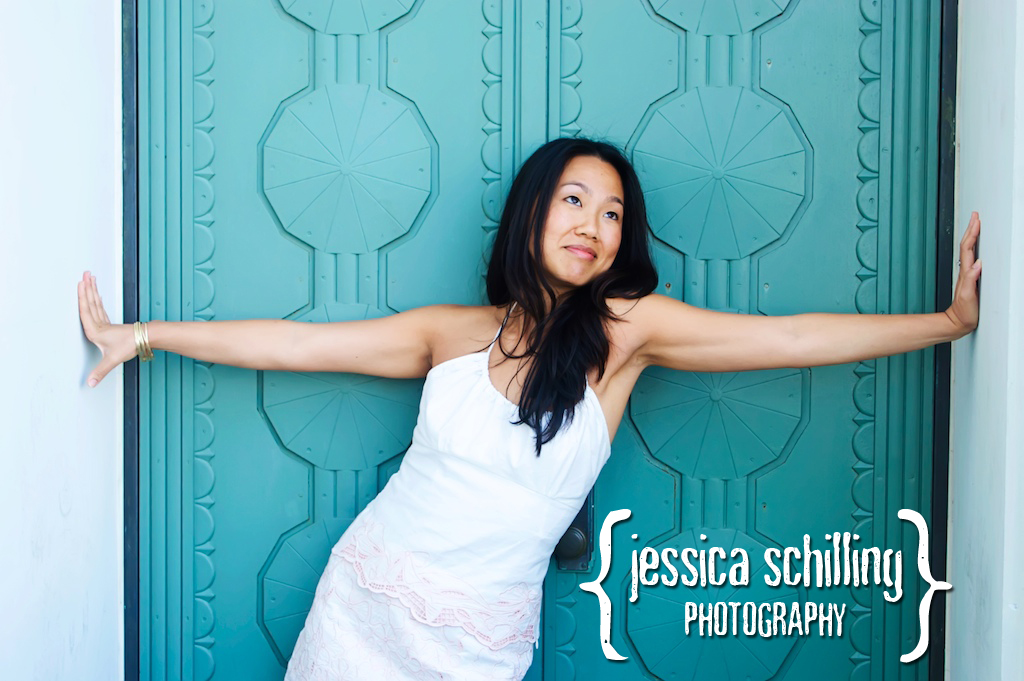 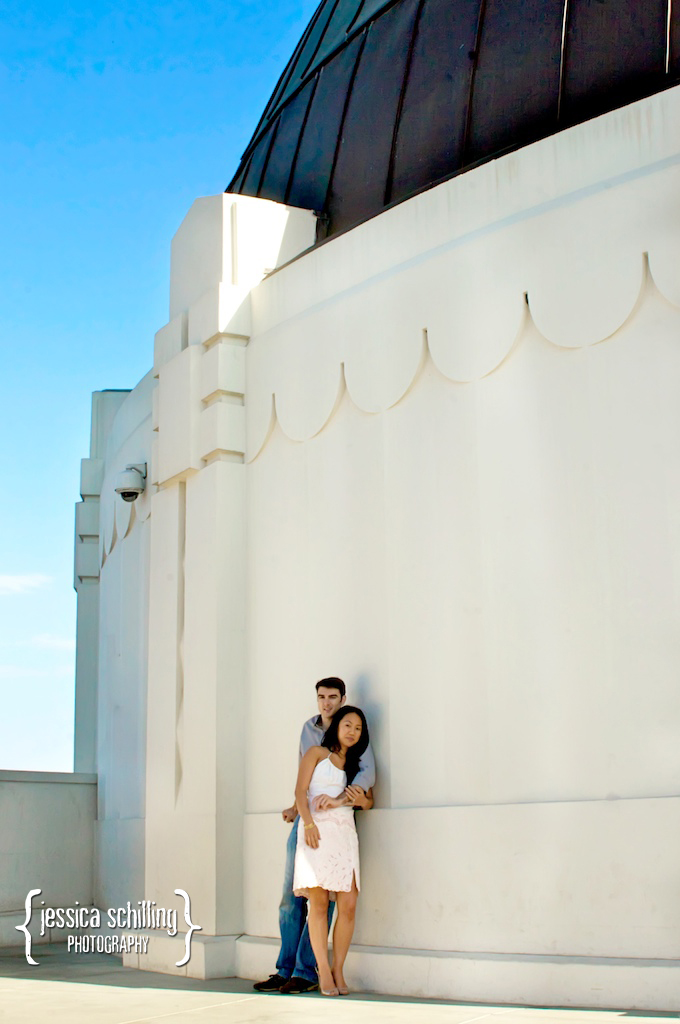 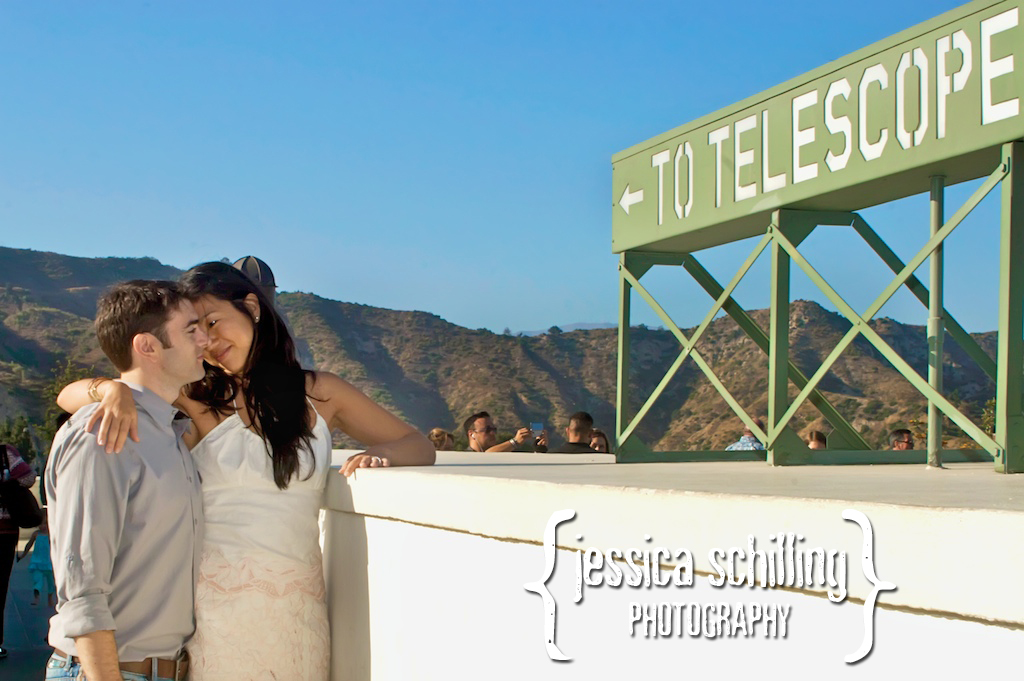 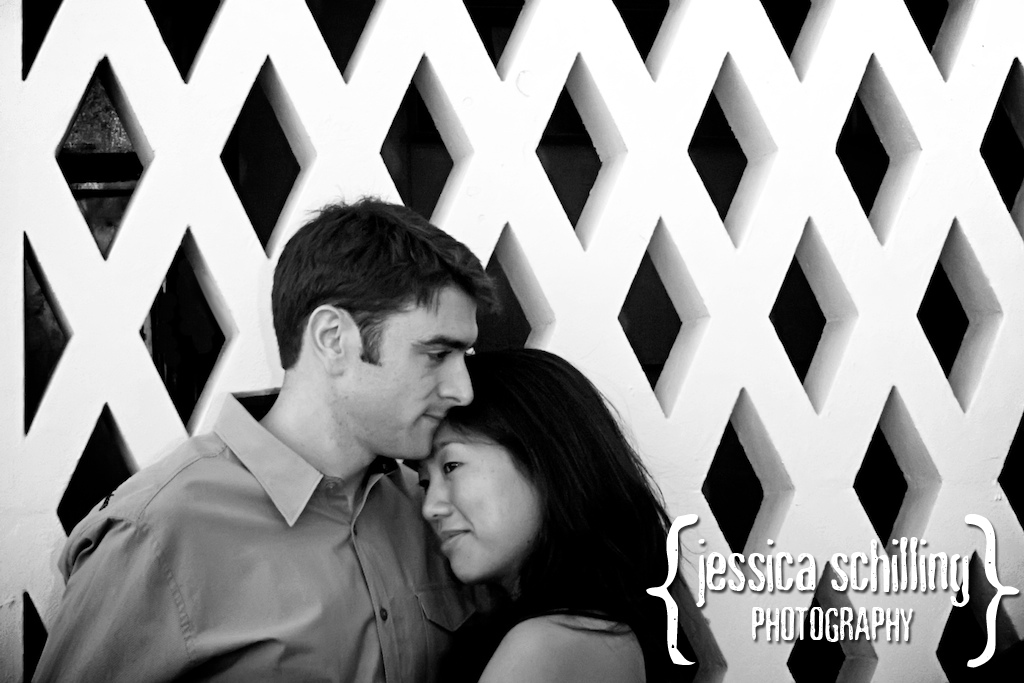 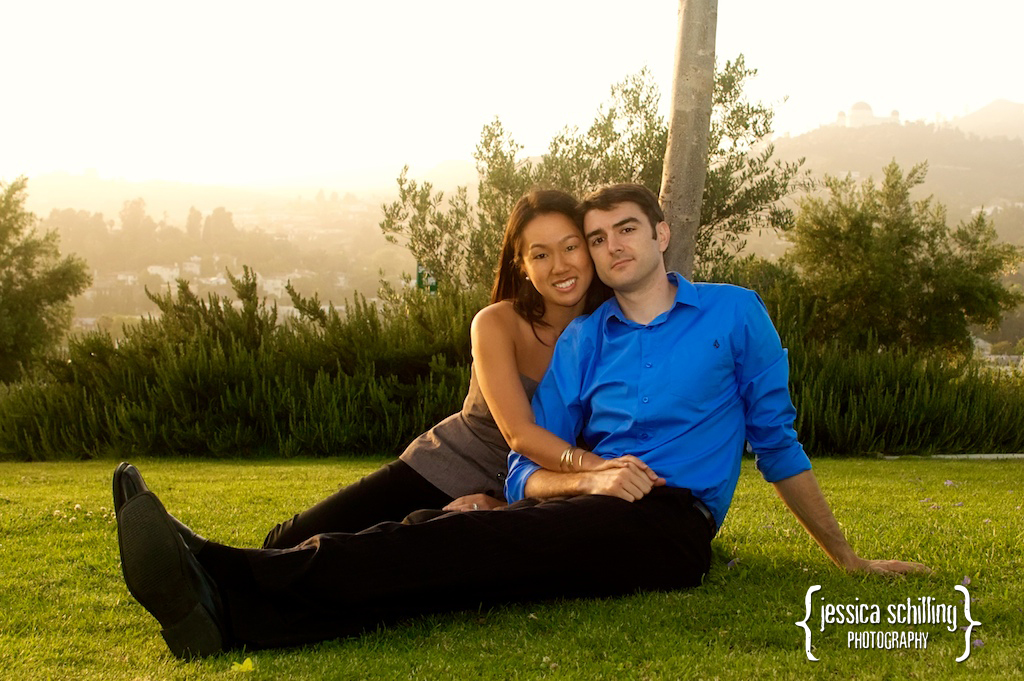 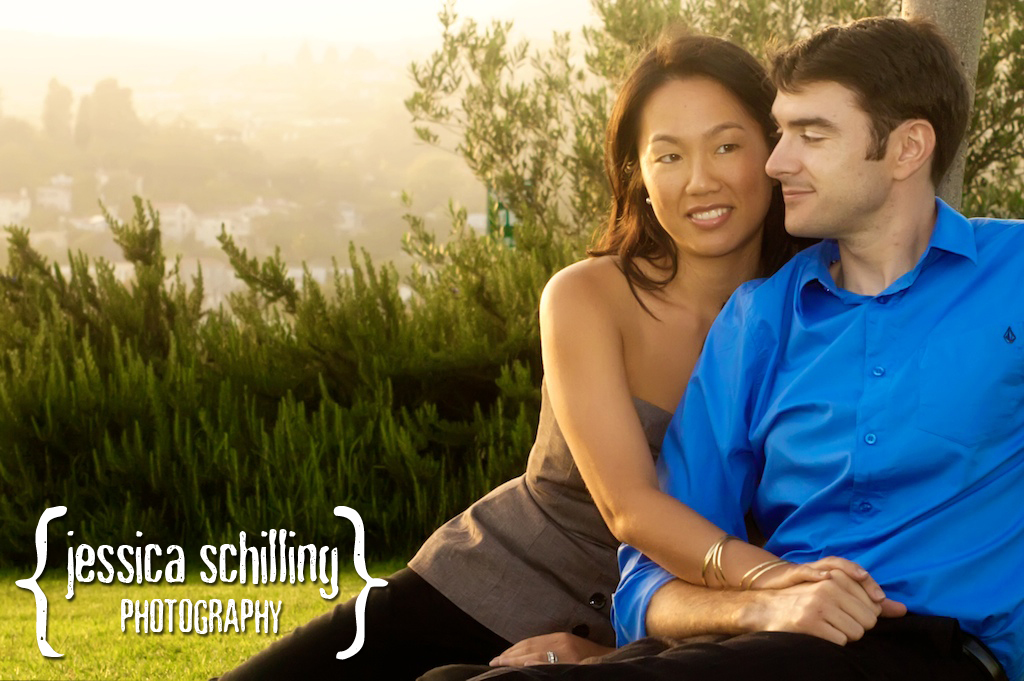